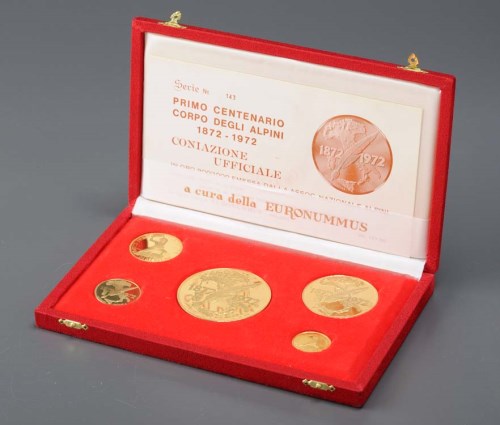 
Lot details
A cased set of five gold medallions, 900/1000 fineness, commemorating the first centenary of the Italian Mountain Regiment (Corps Degli Alpini) 1872-1972 official coinage, Series No. 143, 137.50grms. NB The Alpini are the elite mountain soldiers of the Italian Army. They were formed in 1872 and are the oldest active mountain infantry unit in the world. Their original mission was to protect Italy's Northern mountain border with France and Austria. They distinguished themselves during World War I fighting against the Austro-Hungarian and the German Alpine forces. See illustration
Share this lot