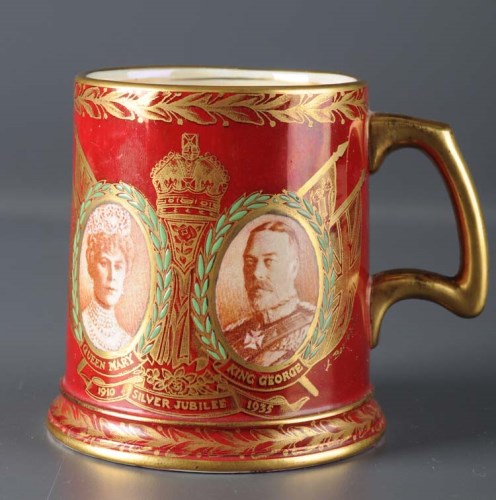 
Lot details
CT Maling & Sons Ltd: a rare gold printed, ruby ground, 1935 Silver Jubilee tankard, with twin lithographed royal portraits and hand painted enameling and highlighting, signed ''L Boullemier'' for Lucian Emille Boullemier, 3 3/4in. (9.5cms) high. NB These gold printed royal commeratives were produced in very small quantities, normally on a powder blue, or clear blue ground. Ruby ground was not used on commercial production until the late 1950's and this rare example must be a sample as it is known that ruby grounds were considered at this time, but not introduced due to firing problems