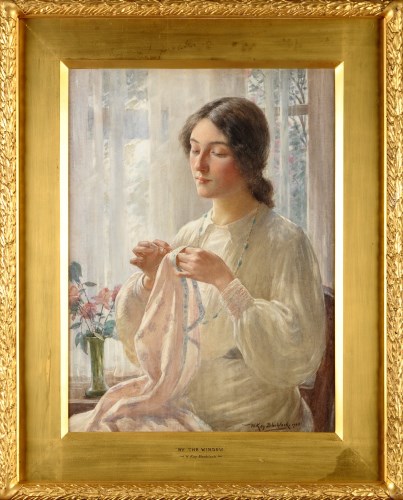 
Lot details
William Kay Blacklock, ARCA (1872-1924) ''BY THE WINDOW'' - A PORTRAIT OF THE ARTIST'S WIFE NELLIE SEWING signed and dated 1910 watercolour 67 x 49.5cms; 26 1/2 x 19 1/2in. NB Nellie Blacklock was a fellow artist and former model who married William in 1909. They set up home in Chelsea, London, but shortly after moved to Walberswick, Suffolk, where they remained until the early years of the First World War. PURCHASED Anderson and Garland, 5th December, 1989. See illustration
Share this lot