Lowry has long been established as one of the great Northern Industialist artists and has been a house hold name for decades. Born in Stretford, Lowry spent most of his life in the North West and attended Manchester School of Art. Heavily influenced in his early work by the French Impressionists Lowry's work started quite sombre but after some advice he started each of his works with a white background and never looked back. His 'stickmen' are what made him famous and although some critics at the time say it as childlike Lowry persisted and was rewarded with international acclaim.

Anderson and Garland have offered many works by Lowry over the years, from original oil paints, sketches and limited edition prints. Lowry, like many great artisits, sold many works through The Stone Art Gallery exhibiting from the mid-1960s. He visited the North East often, staying at the Seaburn Hotel in Sunderland. Below you can find some of the highlights of Lowry's work sold by us or you can see even more in the Sold Lot Search.

Boat at Sea, Oil on board, signed and dated 1967. This work shows a harking back to his earlier Impressionist influences with a calm sea displayed in a few colours and simple brush strokes but keeps his simple 'matchstick' style in the slightly off set boat. A very clever work that was sold as part of The Jacobson Collection which included works by Picasso, Chegal and other world famous artists. This work sold for £111,000. 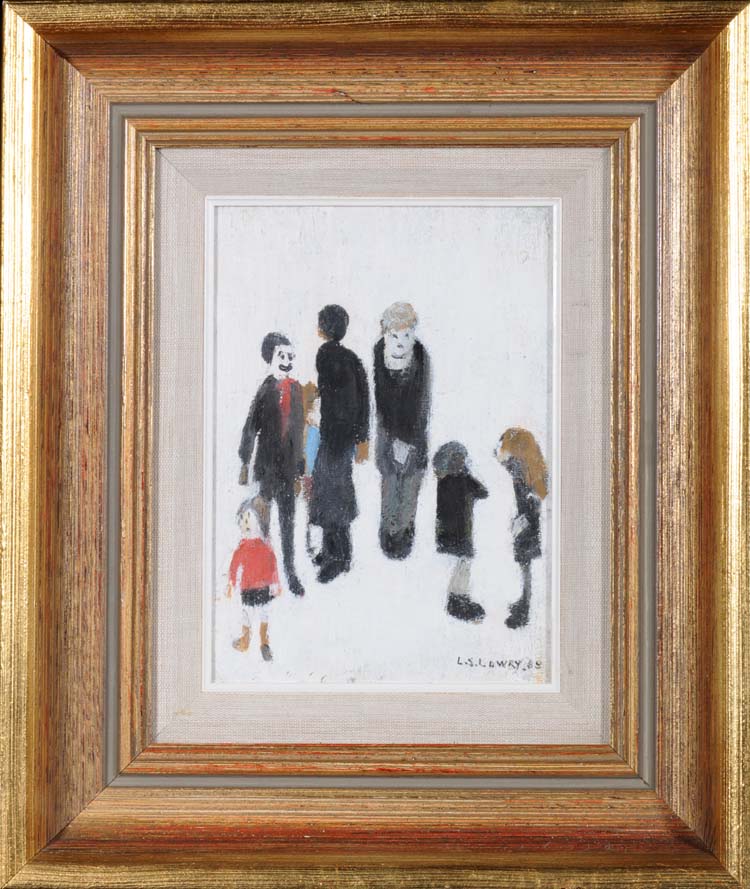 The Family Group, oil on board, signed and dated 1968. A typical work by Lowry, quite small measuring just 17cms high but very commercial. This work was one of many originally sold through the Stone Gallery in Newcastle and sold at auction for £52,000. 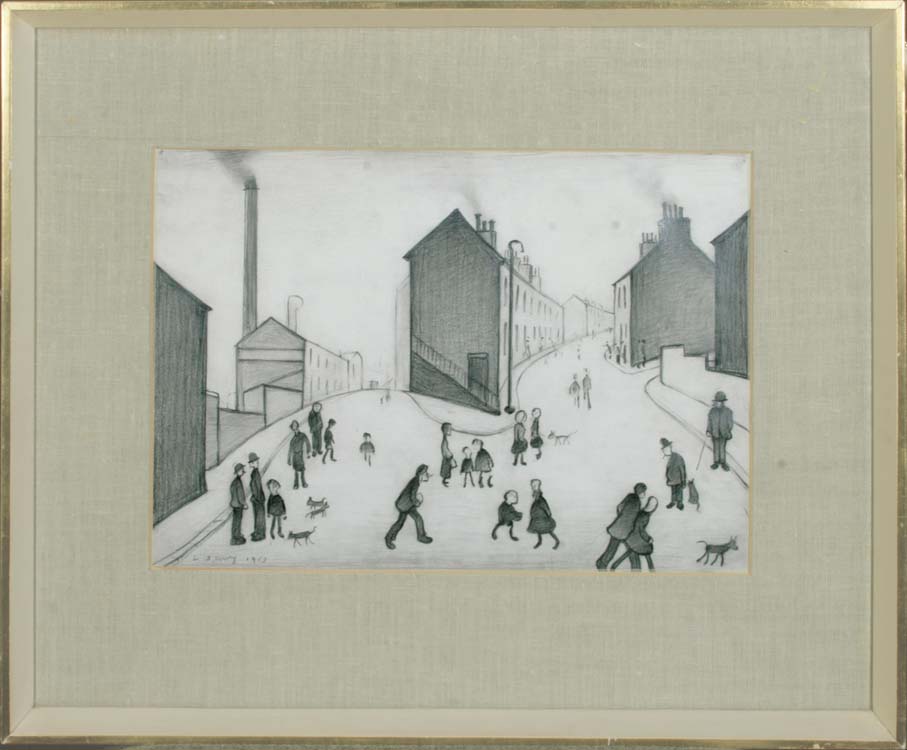 Figures in the Street of a Northern Town, pencil, 1953. A gift from the Artist to Margot Walmsley in gratitude for a meal she prepared for him in her London flat. Earlier in the day he had given an interview to her for Encounter Magazine. Margot Walmsley was a popular literary hostess who was also editor of Encounter. For more than forty years she entertained artists, musicians, writers and other public figures at her flat off High Street, Kensington. As well as this sketch by Lowry, her collection included works by Henry Moore, Nicholas de Stael and John Craxton. Sold by direction of her nephew; together with two bound volumes of Encounter, one signed by various members of the Encounter staff and literary figures Edward Lucie-Smith, Kingsley Amis, Alexander Walker, Melvin J. Lasky and others. This work also sold for £52,000 showing that the right scene can be as important to the market as the right medium. 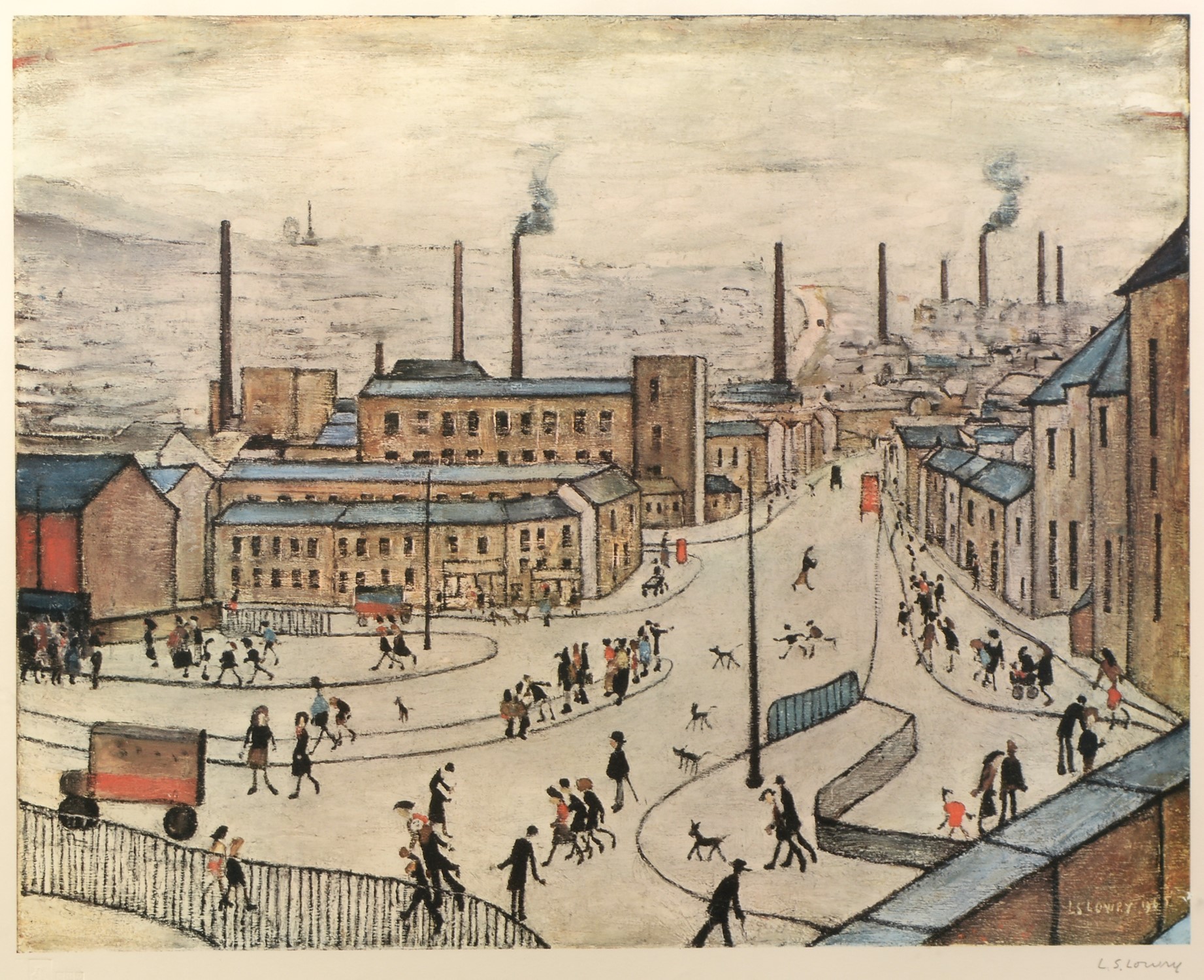 'Huddesfield - lithograph limited to 850, published 1973. It used to be true that for those who couldn't afford the real thing, limited edition prints were the next best thing. Now the values of even the high numbered limited edition prints signed by Lowry make thousands and to collect them you have to hunt very hard to find a bargin. This industrial scene fold for £3,500. 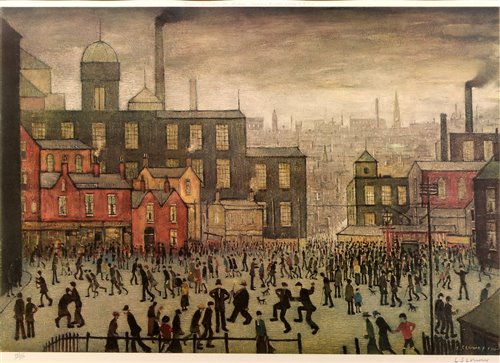 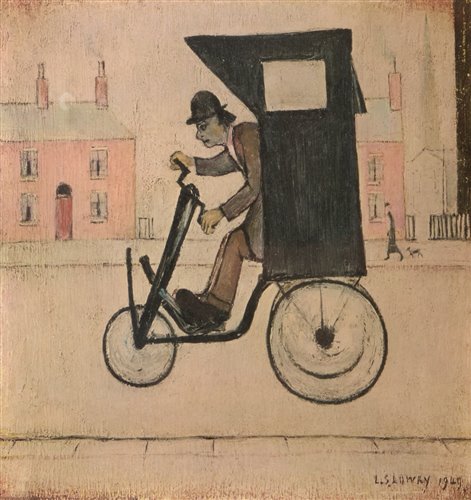 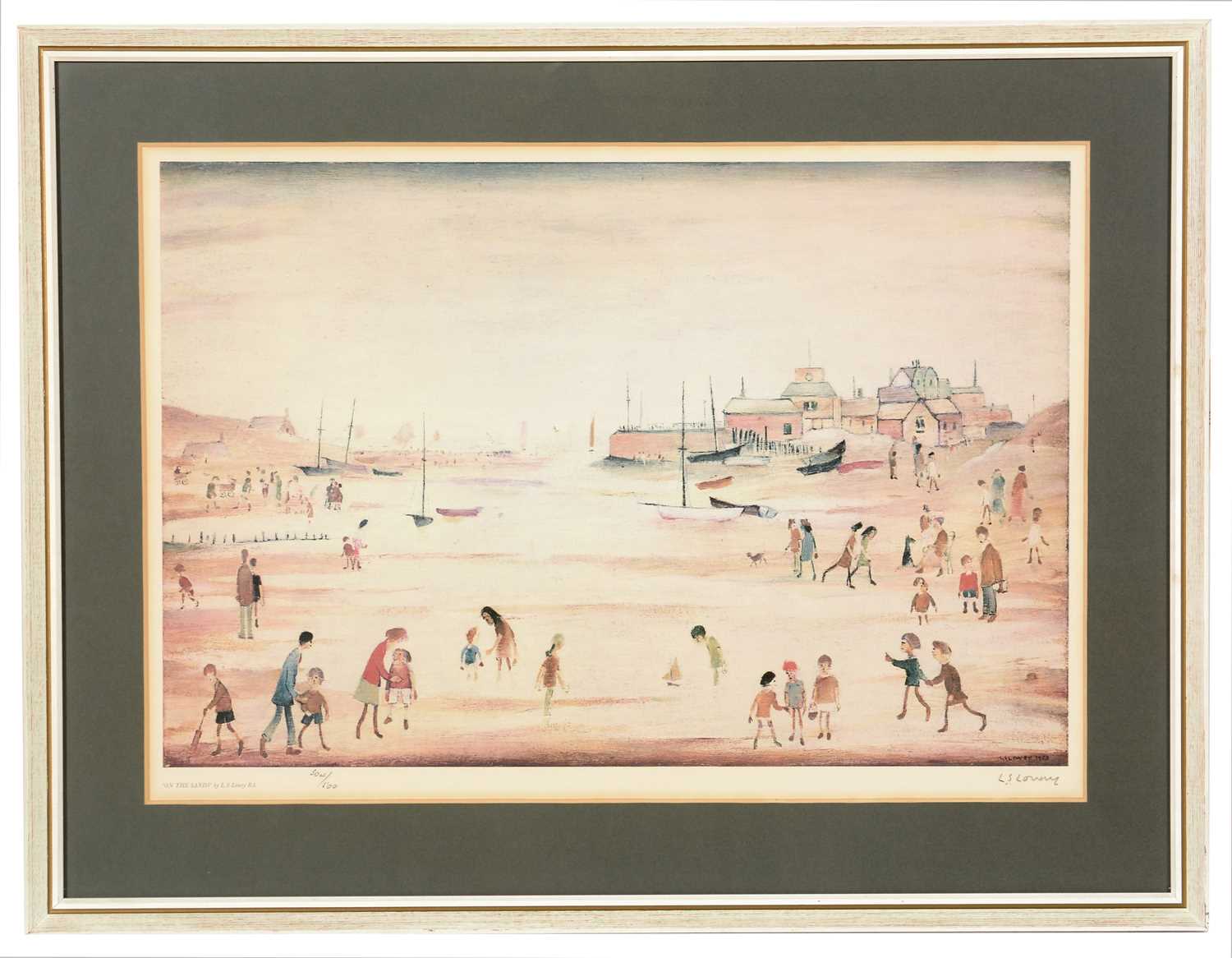