Poignant pink pottery: have you ever come across Sunderland lusterware? 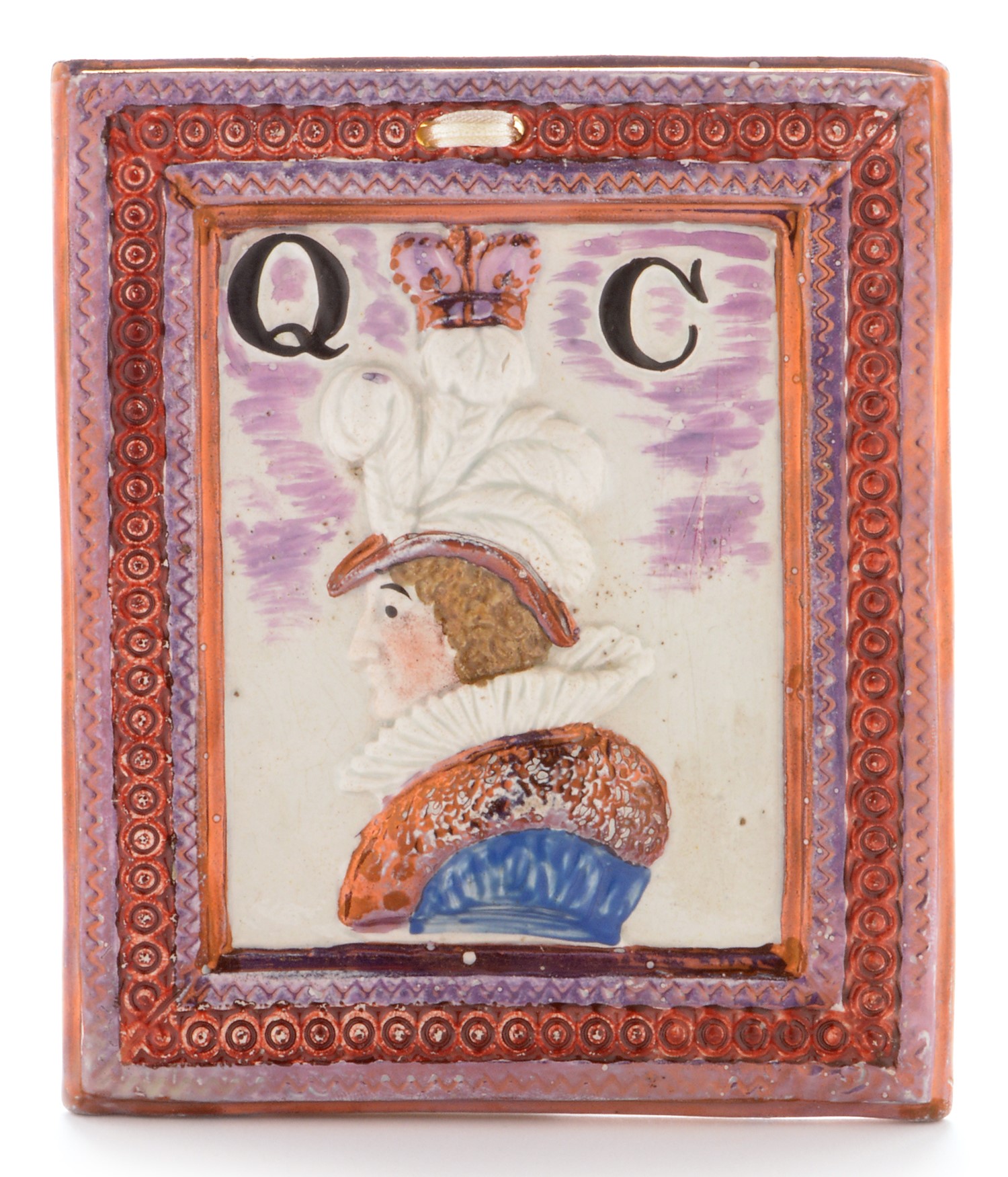 A Sunderland Queen Caroline plaque, circa 1820, moulded with a bust profile portrait of the monarch depicted wearing a plumed hat, picked out in colours and pink lustre, with a crown flanked by initials QC, 12cms by 14cms, sold for £280.

This type of lusterware pottery was made primarily in the early 19th century and originated in Sunderland in the North East of England. Today, it is popular with collectors and regularly features in our auctions.

The pottery style is defined by the pink, yellow and orange lustre accompanied by transfer decorations depicting local scenes of mining, shipping and engineering. The lustre was often achieved by dropping drops of oil onto the pottery before firing it. 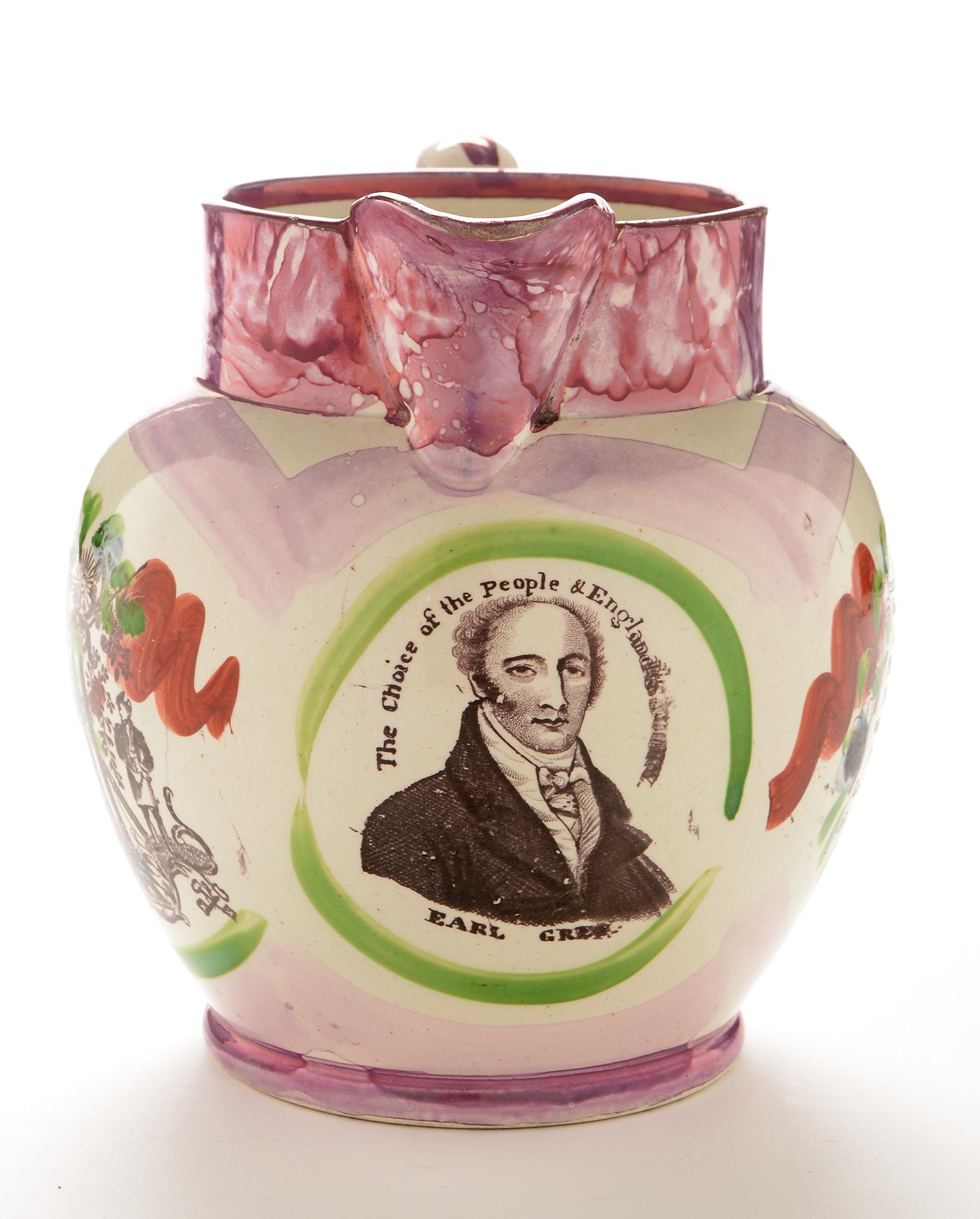 Earl Grey: a Sunderland lustre commemorative jug, printed with a portrait of Earl Grey with 'The choice of the People and England', The Mason's Arms and verse 'In conversation with a Friend', 15cms high, sold for £300. 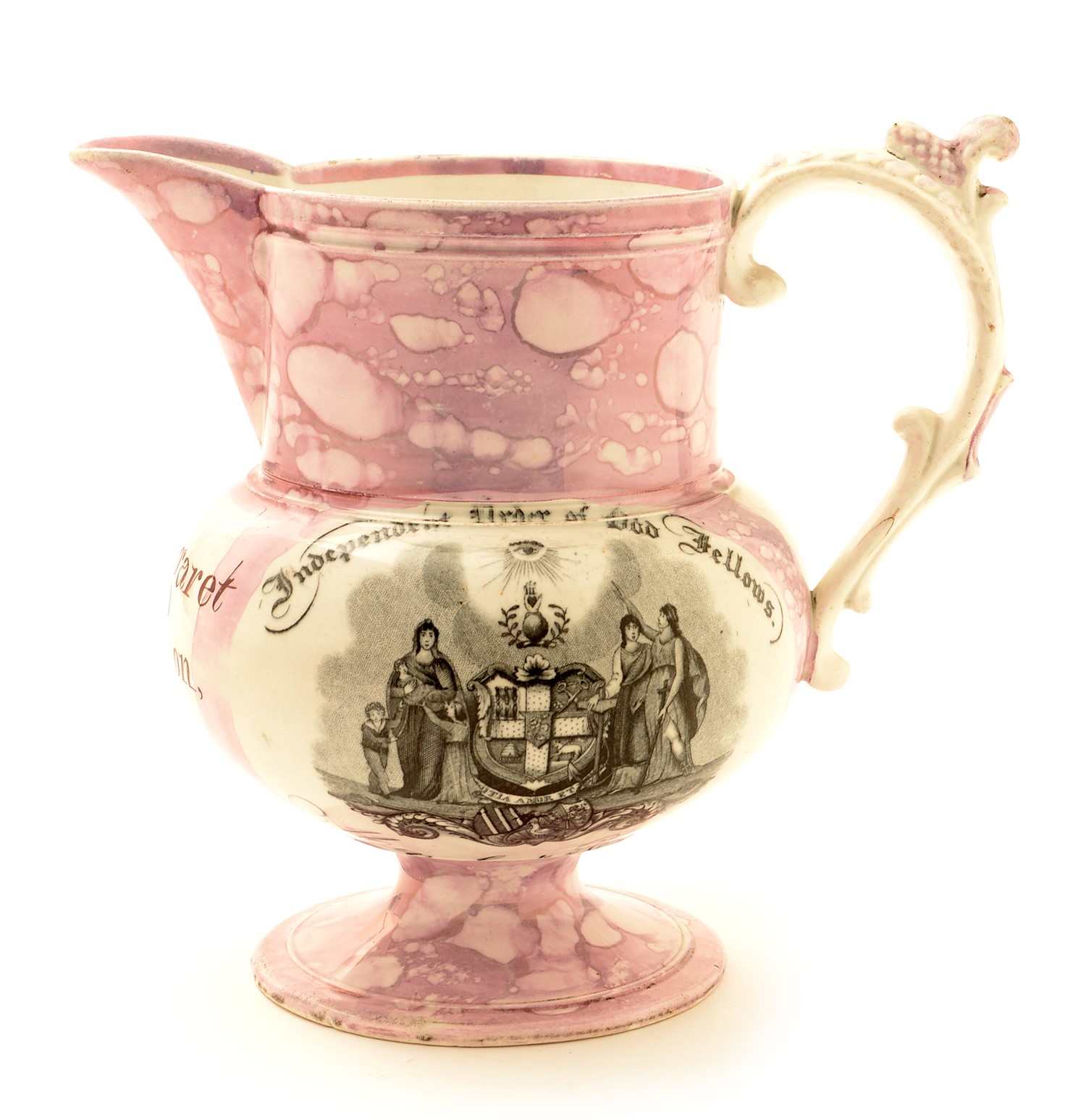 Although it is named after the city of Sunderland, this type of pottery was also produced in other areas throughout the North East, including Newcastle and North Shields, at a number of different pottery studios. Today, one could argue that Sunderland describes the style of pottery more so than the area of origin.

Lustreware was originally developed in Staffordshire by Wedgwood in the early 1800s and was marketed as ‘Moonlight’ pottery. The Sunderland factories replicated this in a fairly cheap manner and the pottery became highly popular for collectors and people from the North East. It was in production until the early 1930s.

Many styles of Sunderland lusterware were produced: thousands of jugs, plaques, mugs, chamber pots, bowls and other pottery are still in circulation today.

The signature style and markings of Sunderland lusterware feature North East political, historical, religious and economical themes, most commonly with a pink lustre. Masonic imagery is also commonplace, as well as designs featuring the bridges of the River Wear and other local landmarks.

A 19th Century Masonic interest Sunderland lustre two-handled trophy cup, decorated in pink and greens with roses, inscribed ''Lodge No. 14, of Free and Easy Johns 1830'', opposite a depiction of the Lodge in pink lustre, 20cms high, sold for £380.

Although the style is quite distinct, many pieces can be quite difficult to distinguish as they are often unmarked. Only expert auctioneers can distinguish them from the similar Staffordshire pottery in some cases.

A fine 19th Century Sunderland lustre puzzle jug, decorated in pink and hand-coloured black transfer of a couple at tea, opposite figures in a town square, flanking initials ''J.M.B.'', 21cms high, sold for £1,100.

Anderson and Garland auctioneers are happy to consign your Sunderland lusterware pottery for auction. The pieces typically vary in value from £50-£1500 depending on their significance, uniqueness and condition.

To request a free pre-auction valuation, simply fill out our online valuation form with the details of your pottery collection or ring us on 0191 430 3000 to arrange a valuation appointment at our Newcastle auction rooms or at your home.