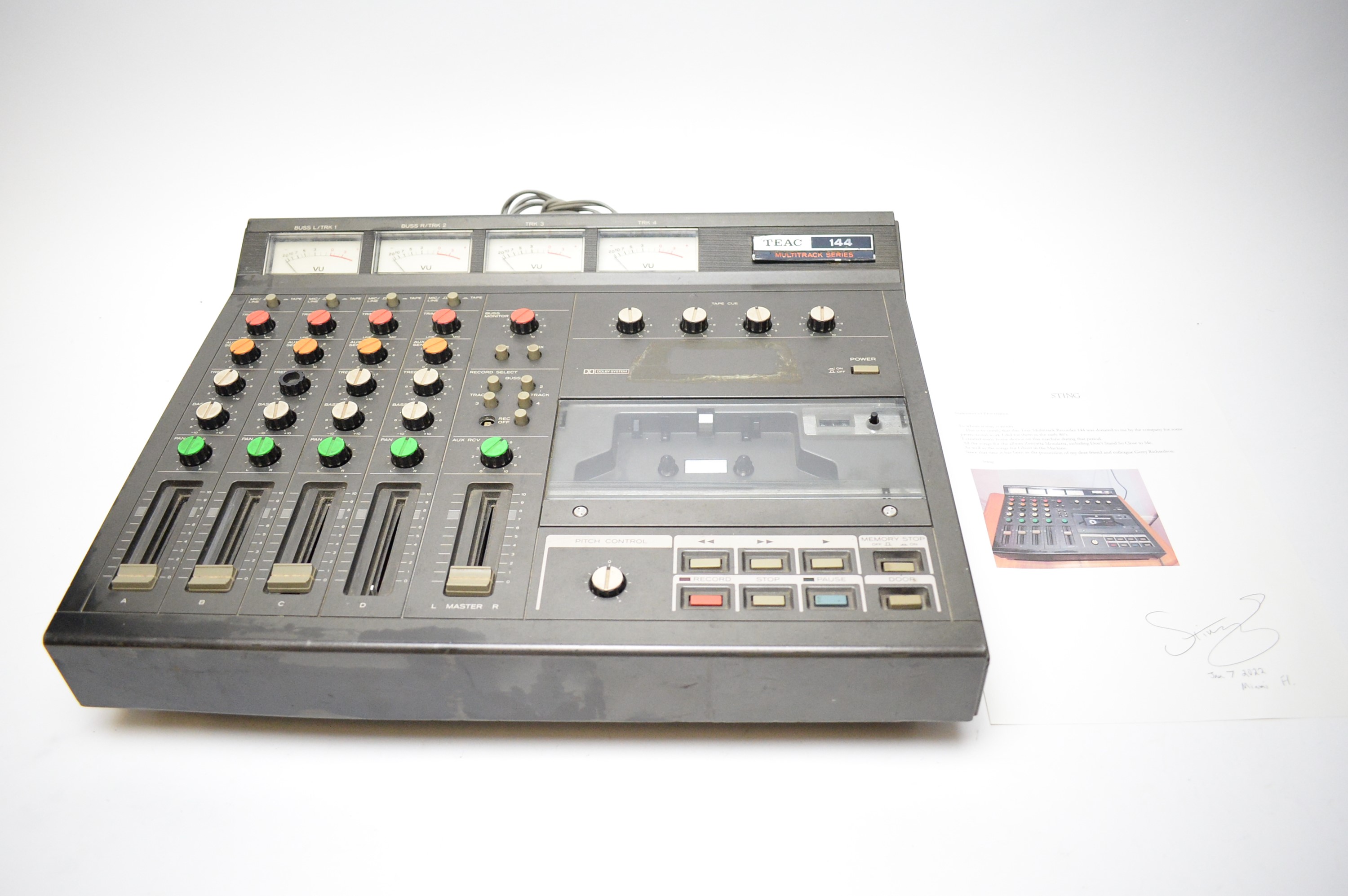 The machine which helped rock star Sting fashion a number of his songs is to be sold on Tyneside.

Wallsend-born Sting used the TEAC 144 multi-track cassette equipment in the early 1980s to create home demos for the album Zenyetta Momdatta, including Don’t Stand So Close To Me, and also the songs for Ghost in the Machine.

Sting gifted the machine to his long-term friend and fellow musician and keyboard player Gerry Richardson, with whom he formed the jazz-rock band Last Exit in the mid-1970s.

Gerry, who played organ on Sting’s million-selling 1996 album Mercury Falling and who currently has his own band, the nine-piece The Big Idea, is putting the TEAC up for sale with Newcastle auctioneers Anderson & Garland on February 17.

He is selling to raise funds to help his bass player son Harry, who teaches music technology at a sixth form college and who has his own soul funk band, The Downtown Underground.

Sting wrote the notes for The Big Idea’s album Cookin’ at the Cluny – a title referencing the music venue and pub at the Ouseburn in Newcastle.

He said: “Gerry was in the year ahead of me in teacher’s training college, but gigging was all we wanted to do.

“It was Gerry who was the pioneer, the pathfinder into that fabled realm of jazz clubs, working men’s clubs, pubs and cabaret.

“To be a professional musician, a journeyman able to sight-read sufficiently to hold down a job, to play whatever style was required; this was the ultimate goal, and Gerry, with his prodigious skills, could do all of it. I was in awe of him.

“He and I worked together in bands for many years, I played bass and sang, he would often say (only half joking) that if only he could sing he would fire me, and it’s clear from this album that I have much to be grateful for, not least that during our time together he limited his ‘vocalising’ to the Vox Humana stop on his beloved Hammond.

“On that instrument he was always passionate, innovative, surprisingly angular and, even on those early days, his playing was stamped with a clear authority.”

Gerry, who lives in Prestwick on the edge of Newcastle, taught an honours degree course in jazz, popular and commercial music, latterly until his retirement at The Sage Gateshead.

Another of The Big Idea’s albums, This Is What We Do, features Sting singing a Graham Bond song Springtime in the City. The band’s latest album is So Many Reasons.

Gerry said: “The TEAC 144 Portastudio was a recording revolution. It was the first home multi-track machine in cassette form. Before that you had to go into a studio to record a demo track.”

The Portastudio machine is estimated to fetch between £800 and £1,000.