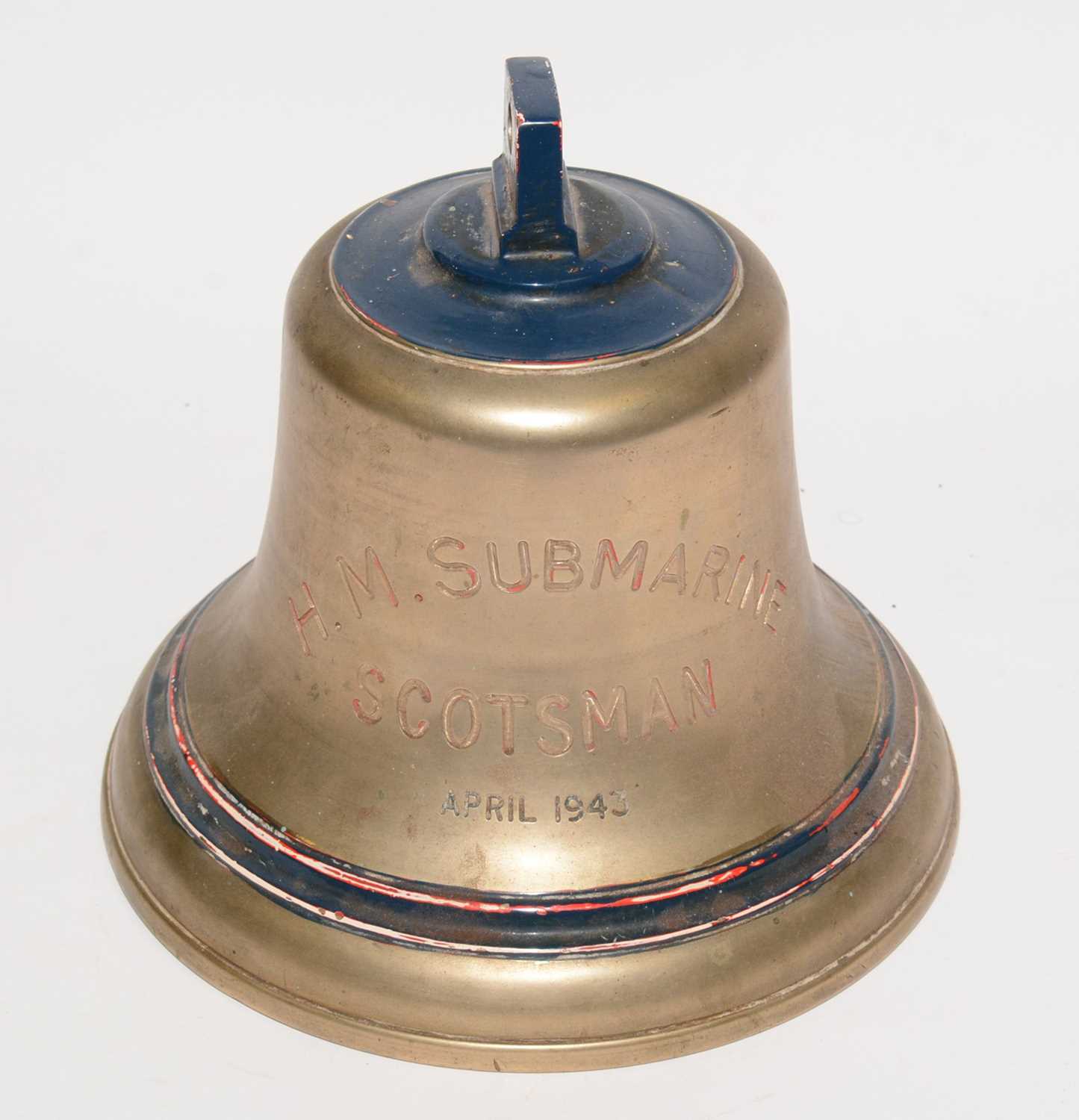 HMS Scotsman was a third-batch S-class submarine, ordered by the British Admiralty on 20 December 1941, during World War II. She was laid down in the Scotts Shipbuilding and Engineering Company shipyard in Greenock on 15 April 1943 and was launched on 18 August 1944. On 9 December 1944, Scotsman, under the command of Lieutenant Alan H. B. Anderson, was commissioned into the Royal Navy.

After anti-submarine and gunnery exercises off the River Clyde and Scapa Flow, Scotsman departed for Holy Loch on 24 March 1945, for additional training. During additional training on 7 April, the boat ran aground, forcing her to dock for repairs in Greenock until 28 May.

With the war in Europe ended, on 11 June 1945 Scotsman departed Holy Loch to redeploy to the Pacific theatre of operations, where war was still being fought against the Japanese Empire. Along with her sister ship HMS Spur and HMS Turpin, she made the passage from Britain to Gibraltar, then to Malta. She continued on with Spur through Port Said, Aden, and Trincomalee to her unit based at Subic Bay, Philippines. Shortly before arriving, she sank a junk with gunfire west of the Island of Borneo. With the Surrender of Japan and the end of the war in the Pacific, the boat returned to Britain at Rothesay on 7 December 1945, after a stop in Hong Kong.

In April 1947 she was taken in hand at Chatham Dockyard for reconstruction as a high-speed trials submarine. As completed the following year, her ballast tanks had been moved from the sides of the pressure-hull to its underside, all torpedo tubes removed, the conning tower cut down and streamlined, the existing diesel and electric motors taken out and replaced by a single Paxman diesel-generator set as fitted in U-class submarines and electric motors of the kind fitted in A-class submarines; two additional sets of batteries were also installed, doubling electrical storage. The new machinery gave a maximum of 3600shp and up to 17 knots submerged speed. Various further modifications to the conning tower and casing were made from 1950, with a large streamlined sail installed in 1952, and a new rounded bow in 1960.

As rebuilt, Scotsman underwent a long series of trials, as well as taking part in the Fleet Review to celebrate the Coronation of Queen Elizabeth II in 1953. Her last duty was to be deeply submerged to test the crush-strength of her hull, in Kames Bay in 1964. Sunk as a result, the hull was raised by the Admiralty lifting craft LC10 and LC11, arriving at Troon on 19 November 1964 to be broken up by the West of Scotland Shipbreaking Company.

Click the 'View' button on the right to view highlights from this sale.