John Alder, from Low Fell, was one of the 298 people, whose lives were tragically cut short when Malaysia Airlines flight MH17 was shot down over Ukraine in July 2014.

He was travelling to New Zealand to watch Newcastle United play in a pre-season tournament, together with fellow fan, Liam Sweeney,

After an early swimming carrier, John became a dedicated Newcastle United supporter, missing just one game, home and away, in 40 years. He was also an avid collector of football programmes and his home was full of boxes of carefully treasured items.

John’s family very kindly donated the collection to help the Sir Bobby Robson Foundation, Our auction was held at St James’ Park, with the kind help of Newcastle United

Thousands of match programmes, tickets and books, dating from 1920s to the present day, went under the hammer, fetching a total of over £26,000, thrashing the £18,000 pre-sale estimate.

Made up of 224 lots, compiled to make the auction as accesible as possible for both collectors and football fans alike, it reflected John’s passion for the club. Whilst the majority of items related to Newcastle United, other club and international programmes also featured.

Before the Auction, Fred Wyrley-Birch, auctioneer at Anderson and Garland said: “We’re very proud to be involved with this auction. It’s a huge responsibility and we hope John would have approved of the way we’ve catalogued his wonderful collection.

“So many people have volunteered their time to help us. It’s been a great team effort from everyone here at Anderson and Garland, our associates and Newcastle United.

Anderson and Garland and Newcastle United offered their services free of charge to help John’s family and the Sir Bobby Robson Foundation. In addition, the PR team at Sarah Hall Consulting Ltd, Anderson and Garland’s carrier Gary Cook and The-Saleroom.com also volunteered their services at no cost and this meant the collection was available for anyone to bid on via the internet with no additional fees..

After the sale Fred commented: “We were so pleased to have the collection available for online bidding. We expected and ultimately received, strong interest from ex-pats.

John’s extensive collection included match programmes from 1924 onwards, which he sought from other collectors, as well a tremendous volume of programmes and tickets from games he attended over 40 years following Newcastle United.

These included rarities from pre-season friendly fixtures, like Newcastle United’s tour of Southern Africa during 1952, to John’s one and only NUFC scarf.

The final lot, number 224, was the match programme from Newcastle United’s pre-season friendly at Oldham Athletic on 15th July 2014, which was the final game John attended.

John’s sister, Joyce Robbins, says: “This collection and following Newcastle United meant the world to John and we wanted to do something special with it.

“It wasn’t really practical to keep his collection together and the whole family agreed it should be donated to charity.

“We hope the people who bought the different lots treasure this memorabilia as John did. We’re very proud that John’s enthusiasm for football will go on to help other people through the Sir Bobby Robson Foundation.” 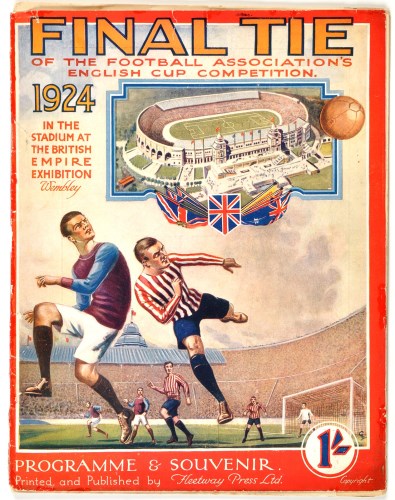 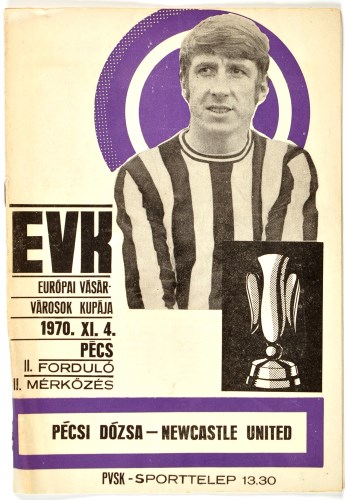 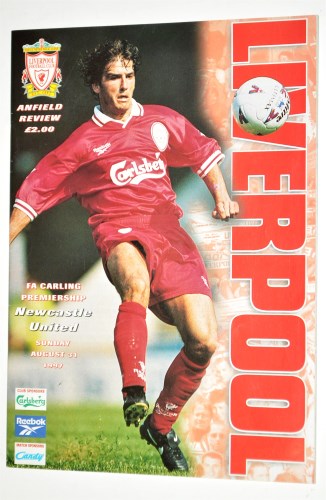 NB This programme is for a match cancelled at short 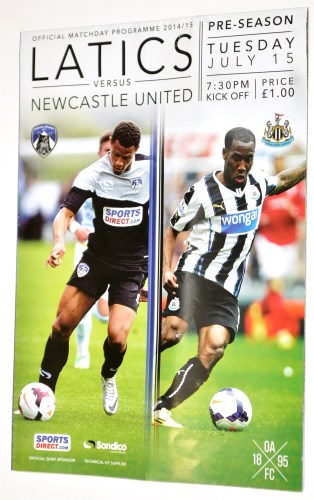 NB This pre season Friendly was the last match for

John Alder to attend before boarding his flights to New Zealand.

Other lots collected by John Alder 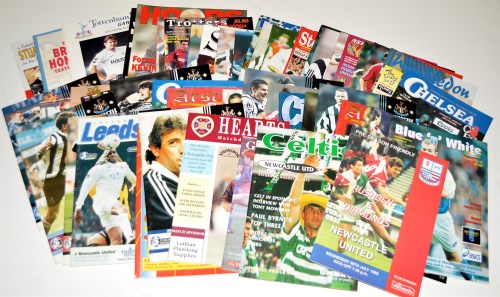 Newcastle United football programmes, for the...
Sold for £260 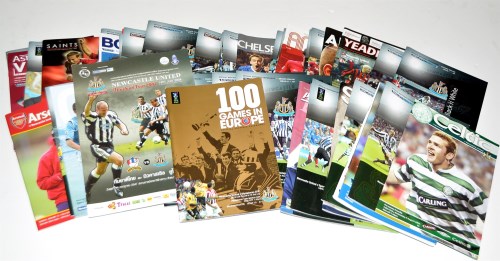 Newcastle United football programmes, for the...
Sold for £170

Newcastle United football programmes, for the...
Sold for £160