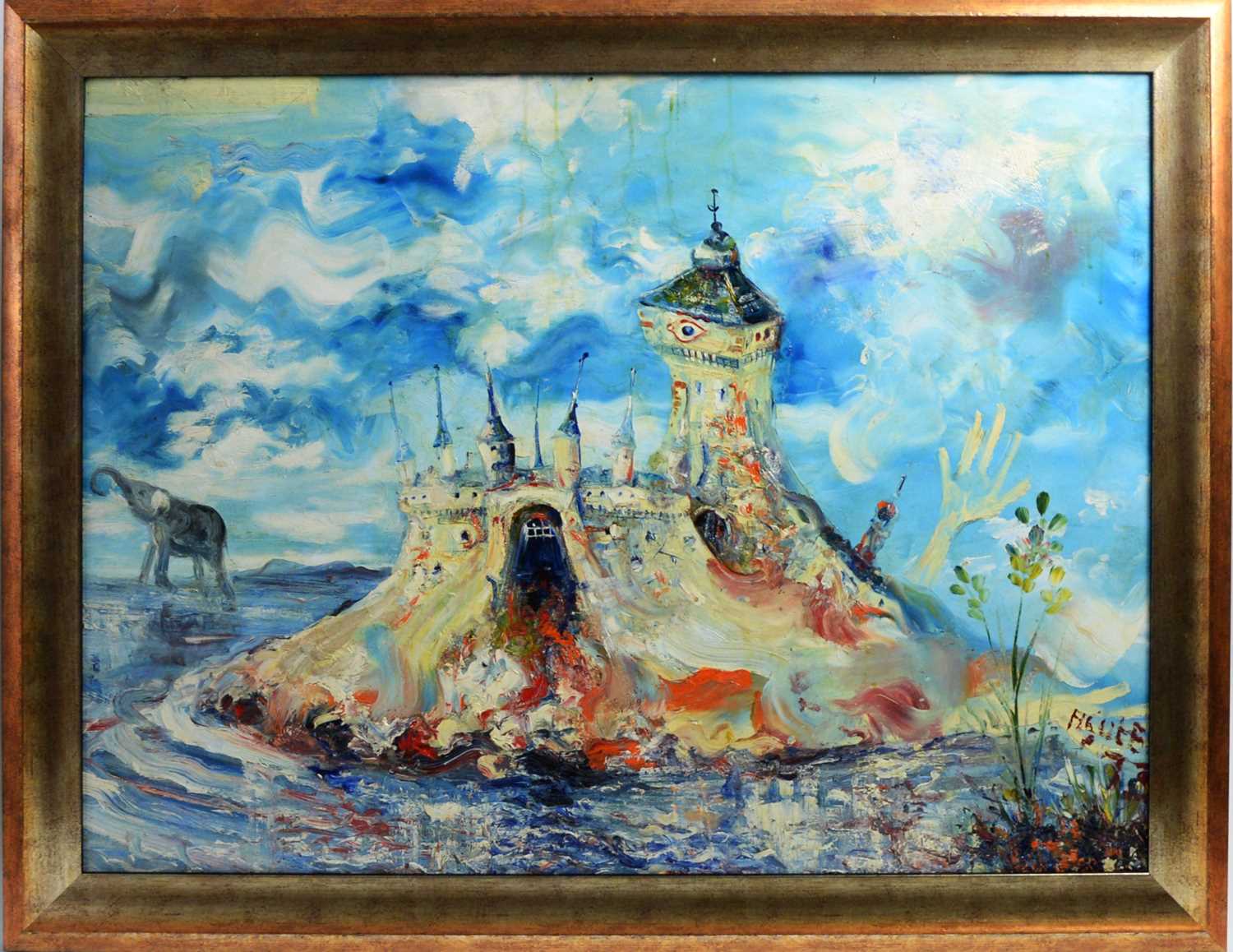 Hundreds of paintings by troubled genius Antoni Sulek have been preserved by his family, and are now coming to auction. These works, showing an astonishing range from idyllic landscapes to nightmare visions and abstract compositions, document the moving story of the Sulek family, and their journeys from the hell of wartime Poland to the peace of rural Northumberland. They reveal the unique sensibility of an artist who fought his demons throughout his short life, encompassing exile, tyranny and political activism, and also of his love for the beauty, history and culture of his spiritual home.

The journey of the Sulek family from invaded Poland to Morpeth is fascinating in itself, involving deportation to and flight from the Soviet Union, journeys via Central Asia and British Rhodesia to find themselves in a former British Army camp outside a small Northumbrian town. But the Suleks were tough and tenacious. They lived in the army camp for twelve years while Piotr, the father, worked as a miner in the colliery at Ashington, supporting his wife and two children, the second of whom was to become the artist. Antoni, or Antosh, as they called him, was driven by a passion, amounting at times to almost a frenzy to paint. He painted with anything, on anything. He was a visionary, scorning commercial pressures, totally uninterested in the realities of selling in the commercial marketplace.

No one in his family had been an artist before, but his family recognized and believed in his talent. A few small gallery owners supported him, but he resisted pressures to choose less challenging, and more local, subjects. Proud of his heritage, he painted works inspired by his family’s experiences and Polish history, together with scenes in which his longing for their homeland is clear. On one of his visits to Poland he joined a demonstration against the Communist government, organized by Solidarity, and was arrested on charges of espionage, tortured and deported, being given a permanent ban on returning. This experience affected his art, as well as affecting his health.

Never one to look after his physical wellbeing, sometimes working to exhaustion, Antosh transformed his experiences into artistic forms. When in a calmer frame of mind, he produced landscapes, but when the spirit moved him, he would produce passionate and visionary depictions of the experience of Poland and the Polish diaspora. Some of this work is truly extraordinary. He died at the age of 37. His biographer, a former police investigator, attributes it to his neglect of his health, and possibly to long term exposure to lead-based paint, but his father was convinced until the day he died that Antosh had been poisoned by the Polish secret police.

Ingrid Taylor, Suleks biographer explains further “Antoni Sulek developed his love for art from a very young age. Growing up on the ‘Crash Camp’ in Morpeth, with other Polish families relocated there after WW2. Antosh developed a passion to illustrate their stories through art, an obsession that ultimately took over his life. He painted constantly often depriving himself of food and sleep to create works of art that are extremely diverse, from portraiture to rural landscapes and hard-hitting expressionist paintings of the extremes of war and of his own inner torment as an artist and as an ‘exile’ from his beloved Poland.”

Antosh was a creative, impassioned, obsessive character - whose life was tragically cut short but whose body of work lives on to tell the tale of the Polish diaspora and its impact on Northumberland.”

Sulek hardly ever sold paintings. He gave them away. But after his tragically early death, hundreds remained in the family home. Following his father’s death last year, the family are now offering his archive for sale. A story of an artist whose work was very much ahead of its time, who was motivated by passion, who died young before he achieved the recognition he deserved, is not new. Other artists, most famously Van Gogh, had similar trajectories. But the opportunity to explore the personal studio collection of this complex and fascinating soul, at a stage where an incredible collection is offered to the public for the first time, must interest art lovers and investors.