Possibly the only detailed artwork depicting the historic keel boats of the North East was recently sold at auction in our Newcastle auction house, after it was missing for around 80 years.

The painting, which is believed to be entitled ‘Weel May the Keel Row,’ was painted by Ralph Hedley in 1905. It was originally exhibited at the Bewick Club in Newcastle and on show in both the Laing Art Gallery in Newcastle Shipley Art Gallery in Gateshead – and then its records disappear.

The painting could not be located in 1990 when the Laing Art Gallery was planning an exhibition of Hedley’s work. We recently learned that the latest owner bought the painting abroad when they brought it to our Newcastle auction house for sale.

“It is now coming home to Newcastle after many years,” said auctioneer John Anderson.

“The painting is thought to be the only detailed work showing a keel boat and as such it is historically interesting and important.”

The painting depicts a keel boat in operation near the mouth of the Ouseburn on the River Tyne. 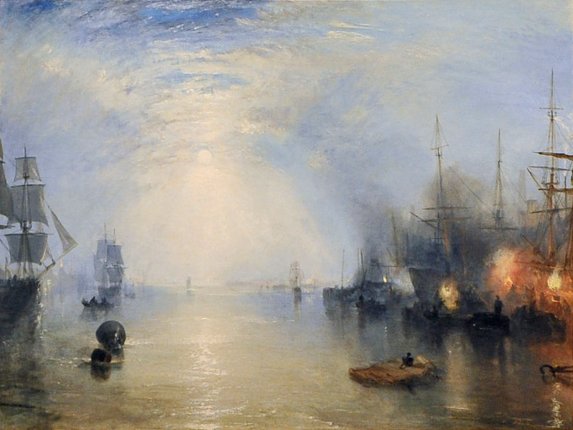 From the mid-thirteenth century, keel boats were used to transport coal into Tyne and Wear. Ships bringing coal to the region could not make it up the River Tyne or the River Wear due to the shallow water, so shallow-draught keels were used get the coal from incoming ships to the shore.

Keels are large boats that were used to carry coal from the banks of the rivers to the waiting collier ships, which the keelmen would then load into the collier. By 1700 there were 1,600 keelmen working on the Tyne in 400 keels.

From the mid-thirteenth century until around the mid-nineteenth century, the keelmen were an intrinsic part of the North East. The keelmen were a close-knit community who lived outside of the city walls in the Sandgate area, one of the most overcrowded, poorest areas of the city. Keelmen been described as hardworking as well as loud, vociferous, rough and drunken.

The keelmen are celebrated in the song Weel May the Keel Row – the same name as the painting- because of they role in the coal trade which underpins the history of Tyneside life.

The song Weel May the Keel Row is played at Trooping The Colour, and auctioneer John Anderson said: “It is a classic Geordie song alongside Blaydon Races.”