Interest in the sale was unprecedented. It comprised over 75 lots of carefully selected jewellery and realised a total of over £185,000 on the day. 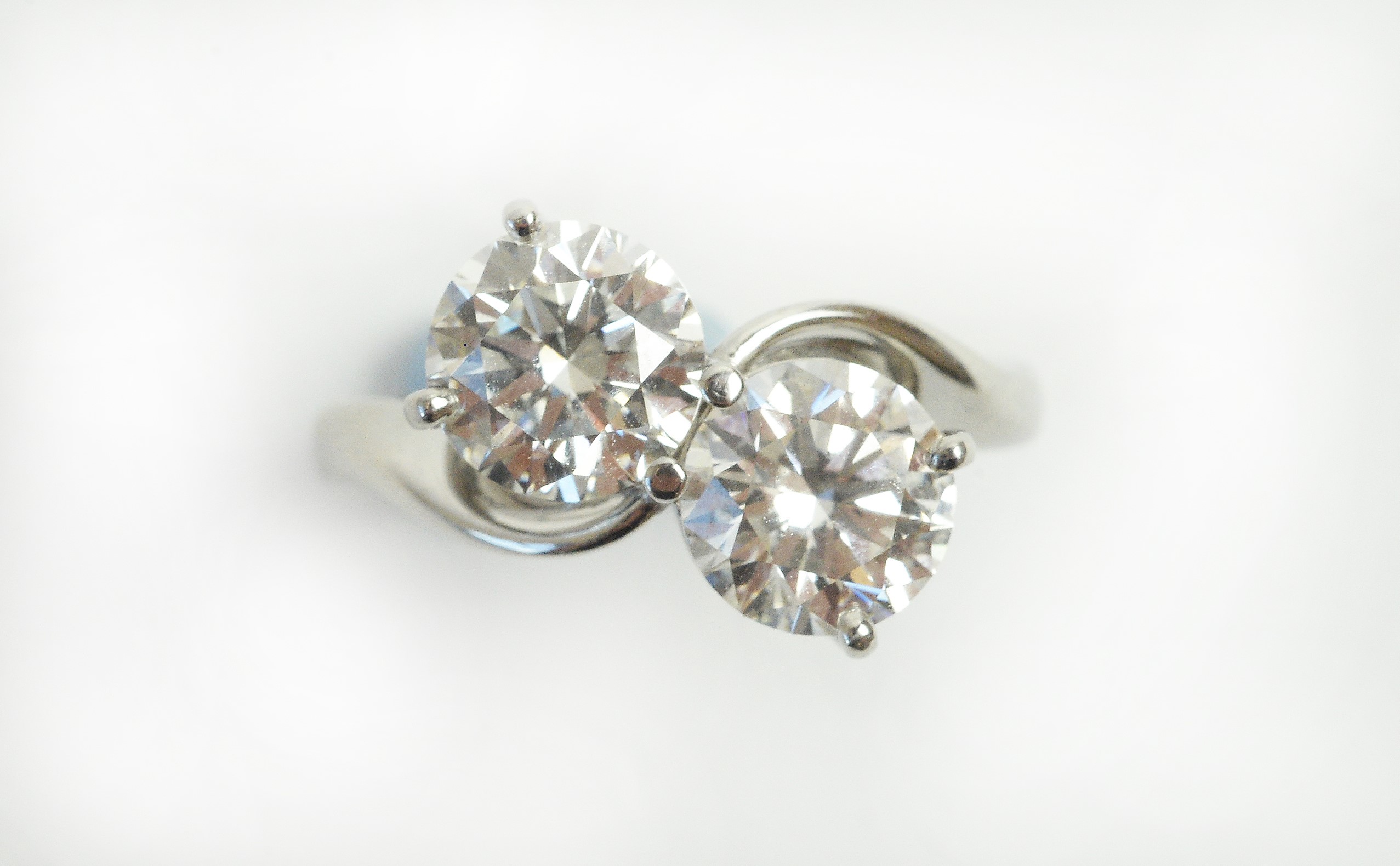 All the major lots came with AnchorCert diamond grading reports, handled by us, which gave bidders even more confidence. On the day, the most sought after was a 3.55ct two stone diamond ring, which sold for £14,000 and a 3.14ct princess cut diamond ring with baguette-cut diamond shoulders, which sold for £12,000, both selling to private buyers, outbidding London jewellers.

Other notable rings included a 3.30ct old-European cut solitaire diamond ring with baguette cut diamond shoulders, which fetched £11,000 and a 4.02ct three stone diamond ring, raising £8,800, both falling to a Lancashire bidder, who also beat off stiff competition, to secure them.

Other ring set coloured gemstones also featured, including a sapphire and diamond two stone crossover ring, the stones weighing 3.34ct and 2.50ct respectively, which sold for £5,500, to a buyer from the North West, and an 2.79ct emerald and diamond cluster ring, selling to a local private buyer for £3,500.

Pendants and bracelets were also well represented. Highlights included: a 7.50ct tanzanite and diamond cluster pendant, which sold for £2,100; A charming emerald and diamond bracelet, sold for £1,500; and a 1.44 carat single stone diamond pendant, selling for £1,700.

Anderson & Garland Director Fred Wyrley-Birch commented: ‘It was a privilege to bring such a fine collection of jewellery to the market. Prices were higher than they’ve been for some years. Demand was strong, particularly from private individuals keen to outbid the jewellery trade, and perhaps console themselves with a stunning piece of jewellery after a lengthy lockdown’